Getting closer to game day 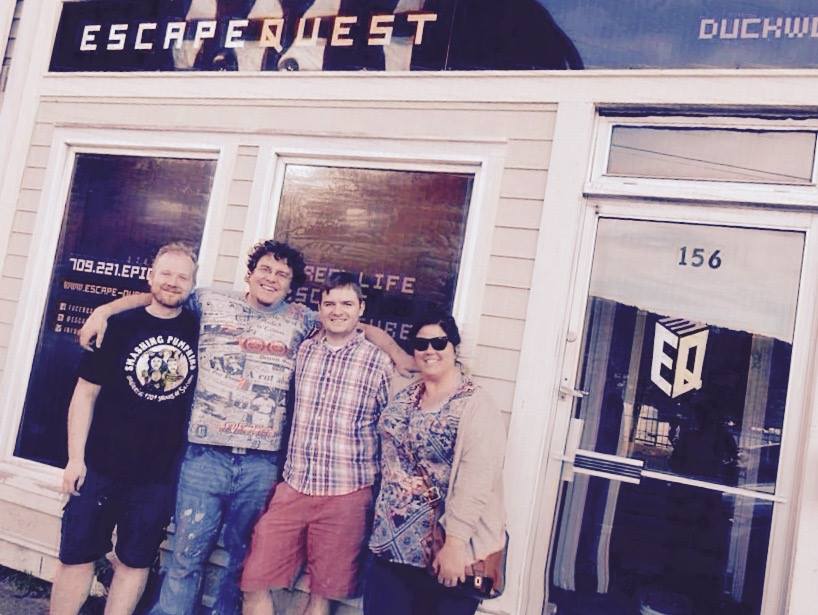 Our scariest room to date – Undead on Duckworth

Zombies have overrun St. John’s. You and your fellow survivors have learned of a vaccine, but the dead have caught your scent. Can you raid the lab and escape with your lives? Discover this facility’s dark secrets as your search brings you deeper and deeper into a biohazard horror show.

On July 8th, 1892, the city of St. John’s was transformed forever. A carelessly tossed lit pipe on that dry, summer afternoon ignited the greatest catastrophe our capital has ever seen. Overnight, two thirds of the city was reduced to ashes and smoke. Despite the destruction, all accounts note that few souls were lost in the inferno. Of course, there remains no record of the handful of people held in the Courthouse lockup…

Looting erupted on Duckworth and Water Street as the fire began to approach, and you and a handful of others were quickly apprehended by authorities and thrown in the holding cells of the Court and Market House. The smell of smoke, and the roar of the blaze soon filled your guard with fear, and he has abandoned his post to find safety. If only he had let you out first. Now it is up to you and your fellow inmates to devise an escape from this peculiar prison before the fire is upon you. Will you survive?

Escape Quest entertains at Sci Fi on the Rock

While at Sci Fi on the Rock 9 Escape Quest set up an escape room using nearby hotel rooms.

The story is there is an international villain is posing as a cosplayer at the convention.

Keep up with our news

This is a widget ready area. Add some and they will appear here.